There are many travel industry terms you should know! Did you know that a nonstop flight and a direct flight are not the same? Or that there is a difference between a layover and a stopover? Knowing your travel lingo is important for clear communication. It increases your professionalism and helps you avoid getting your clients into sticky situations. These are some of the most commonly used travel industry terms that every agent should know in order to communicate with consolidators, airlines, and other travel suppliers.

A notice sent by an airline to a travel agent alerting them of a fee charged due to a mistake made in the booking or ticketing process. This fee is only applicable to GDS users, never to agents who book on Centrav.com.

The fare amount for all segments prior to adding taxes, fees, and surcharges.

Calendar dates where promotions or specials are not available – usually due to a holiday or special event (such as the Olympics, World Cup, etc).

A bulk fare available to buyers who purchase a large volume of airline seats usually priced lower than published fares.

A pair of cities, origin, and destination, on an itinerary.

An agreement between two or more airlines which allows one carrier to market the flight and collect the payment for a flight operated by another carrier. This allows the carrier to provide service to a wider range of destinations that they typically do not serve.

Different from a nonstop flight (see below), a passenger flying on a direct flight will not have any connections or change in flight numbers, but they may stop for refueling, to add/disembark other passengers, or to actually change aircraft.

A paperless ticket that allows travelers to fly with only a photo ID. Commonly referred to as “e-tickets”, they cannot be lost or stolen because it is an electronic reservation. Almost all air tickets are now e-tickets.

A FAM trip is a free or reduced-price travel experience provided by airlines, resorts, or other travel vendors to offer travel agents an overview of their products so that they can knowledgeably sell them to their clients.

An alphanumeric code that references the base fare of an airline ticket and fare rules regarding refunds, changes, pre-assigned seating, baggage allowance, and more.

A loose term, referring to an airline registered within a specific country or state which may allow it certain entitlements or privileges.

An international computerized reservation system which allows buyers to book and view live inventory from a wide range of suppliers such as airlines, hotels, and car rentals.

A city or airport that serves as a main point of transfer for passengers using a given airline.

The longest period of time a traveler can stay at a given destination and still qualify for a promotion or discounted fare.

Also referred to as a consolidator fare or a or a private fare. This fare is contracted between an airline and a consolidator and sold to retail travel agents.

A flight with no stops en route to a passenger’s final destination.

The airlines will mark a ticket “no-show” if a passenger does not show up for a flight. All remaining segments of the itinerary will be canceled and are typically nonrefundable.

An itinerary where the passenger flies into one city and out of another. For example, a ticket originating in JFK to flying into LHR and then returning MAN to JFK.

A 6-character alphanumeric code used to reference a passenger or group of passengers in a reservations system. Also called a record locator or confirmation number.

A fare offered for immediate purchase, available through any vendor.

A document demonstrating a traveler’s eligibility to fly on a specialized fare (such as a student ID for a student fare or a letter from a nonprofit stating involvement for a humanitarian fare).

An overnight or late-night flight that typically arrives at one’s destination in the morning. Travelers usually choose this when they wish to have extra sightseeing time at their destination. These flights are often cheaper than flights during prime travel hours.

The issuance of a brand new ticket/ticket number due to a change in date, times, booking class, routing, etc. This may involve a change fee and possibly a charge for the fare difference.

Round the World Fare

An air ticket that allows travelers to make many stops on an itinerary using codeshare agreements, often at a lower cost. Typically the passenger flies around the world instead of out and back.

The cheapest time to travel to a destination. For example: With travel to Europe, low season is generally November through March, excluding Christmas. It is typically considered the worst time of the year to travel to a given destination, but travelers may opt for a low season ticket to benefit from cheaper fares.

Most expensive time to travel to a destination. For Europe, high season begins around mid-June through the end of August. It is considered the best time to visit a travel destination and airfare is typically highest during this time frame.

Shoulder seasons occur both in the spring and fall, where travelers may find reduced prices to popular destinations, but a tourist scene that is still a little more active than it is in low season.

A part or leg of an air itinerary, including one takeoff and one landing.

Purchasing two separate tickets to build your itinerary, often to obtain a lower price. Travelers do this at their own risk, knowing if there is a missed connection both airlines may elect not to reprotect.

A built-in stop to an international ticket of 24 hours or more (or over 4 hours domestically). This allows passengers to visit an additional city on the outbound or return portion of their trip.

A program an airline might offer in order to encourage travelers to use a bad connection where the airline covers prearranged hotel, ground transportation, and meals during a stopover. This can be a great way for a traveler to experience a new city at no additional cost.

The deadline to cancel or reduce group space before penalties kick in.

An authorization that is given by an airline to waive a penalty or fee.

Are you feeling confident in your travel lingo? Test your knowledge on our quiz: Are you a travel expert? 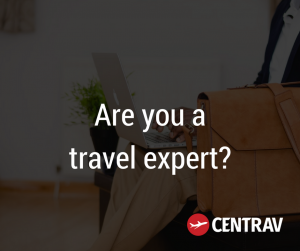 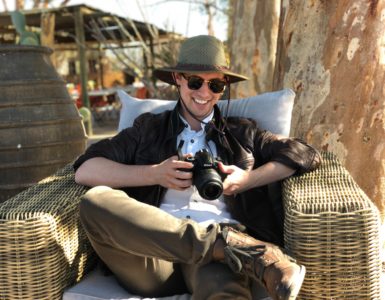 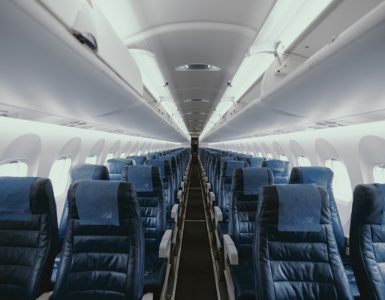 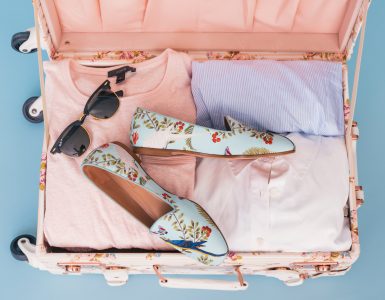